A downloadable game for Windows and macOS

What goes on within Elliot's head?

View a daily encounter through the lens of either side — but the question remains, in a matter of perspective, how do you know who is right?

You can also find the OST here:

Please unpack the provided RAR, then run the build within.

Mac may need to check the "MacOS" folder.

A brief but enjoyable visual novel that, in some ways, felt like something of a throwback (in a good way!). In particular, the CG of Caitlyn and James in the observation room and then of Elliot's perception of them felt retro but nostalgic, which may have made the short playtime that much more palatable. Though we didn't get to spend much time with any of the characters due to the game's brevity, I thought that they were well-established in a short amount of time: In particular, Caitlyn's almost desperate wish to help Elliot and the mention of going through multiple actors because they couldn't stand deceiving Elliot for long seem ripe for elaboration.

The hook, of course, is the perspective-flip, which works very well; Elliot's perspective, in particular, illustrates the odd foreshadowing during the 'hanging out' scene, and seeing Caitlyn and James interact as actual people makes Elliot's perceptions of them hit harder. The VN feels more like a prologue than something self-contained: Elliot may be suffering from a debilitating but mundane condition, but the details of his treatment seem to indicate otherwise. This is a lot of set-up for one person, especially considering the mysterious "They" and James' interest in Elliot's perceptions. I supposed Elliot could just be related to someone wealthy or powerful enough to dedicate these resources to him, but it feels like there's a larger story here; if that's the case, I hope to be able to play that game, too!

Is this available on Mac?

I've just published a Mac version, so it is now! I'm personally not able to test the build on Mac, but I believe it should work. If you encounter any troubles, please let me know ^^

Didn't run into any problems! Great game and amazing artwork, especially the CGs in the third act <3

Thank you for letting me know, and thank you for enjoying it so much! I'm very happy to hear that ^^

everything looked "normal" at the beginning , what comes after is a surprise that for sure

seems like elliot is in for a long time

My Dear Delirium was a different experience than I expected. It started off with very little explanation, and left me with more questions as the game went on. Then the flip happens... You see the story from one view as you select the first choice. Going back and selecting the second choice, your whole perception of events changes as you see from Elliot's eyes. Hopefully that isn't too big of a spoiler, I would definitely recommend experiencing the game for yourself if that description interests you. Overall a well written short story for people who like something that isn't what it first appears to be. Playing through both endings took me around 40 minutes, listening to all voice acted dialogue, and reading aloud the rest.

Just finished reading this and it was super good! I really like the way the different endings were handled, made it very interesting on the second read through. The writing was great throughout, definitely one of those games where you can't stop reading once you start

Ahh thank you! I'm so happy to hear that, especially regarding the endings! I'm glad you enjoyed it ^^ 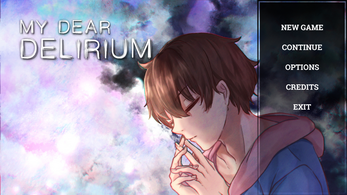 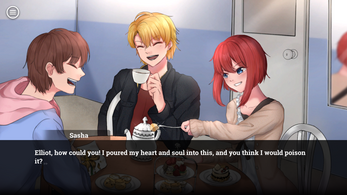 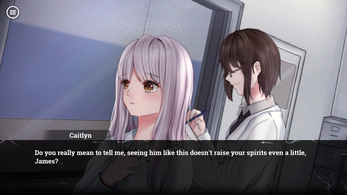